Table 1 shows the number of sols in each Martian month with a total of 669 sols in a Martian year. Mars Science Laboratory is in the southern hemisphere of Mars. Table 2 shows the temperature data released by NASA for the summer of MSL Year 2 and the winter of MSL Years 2 to 3. Summer in the southern hemisphere occurs in months 10, 11 and 12. There are 154 days in MSL's summer and 179 sols in MSL's winter. This article will examine whether NASA-claimed diurnal temperature changes at MSL are likely to be real or manufactured. However, before analyzing the data it must be noted that the ground temperature sensor at MSL is only accurate to 10K/10°C/18°F. See Figure 1.

On Figure 2 we see that air temperatures drop more degrees at night in summer than in winter although lows are colder in the winter than in the summer. This was looked at because we wanted to get an idea of how cold it would get in the dark so we could compare it with darkness on the Earth’s moon. Daytime on one side of the moon lasts about 13 and a half days, followed by 13 and a half nights of darkness. The sunlight surface can 123° C. The "dark side of the moon" can have temperatures dipping to -153° C. The moon tilts on its axis about 1.54 degrees there are places at the lunar poles that never see daylight.  The Lunar Reconnaissance Orbiter measured temperatures of -238° C in craters at the southern pole and -247° C in a crater at the northern pole. That’ the coldest temperature recorded in the solar system.

How do these temperatures compare with Mars? The REMS Team indicates that Mars average surface temperature is -53.15° C and varies widely over the course of a Martian day, from -128.185°C during the polar night to +26.85° C on the equator at midday at the closest point in its orbit around the Sun, with diurnal variations of up to 80–100 ° C. 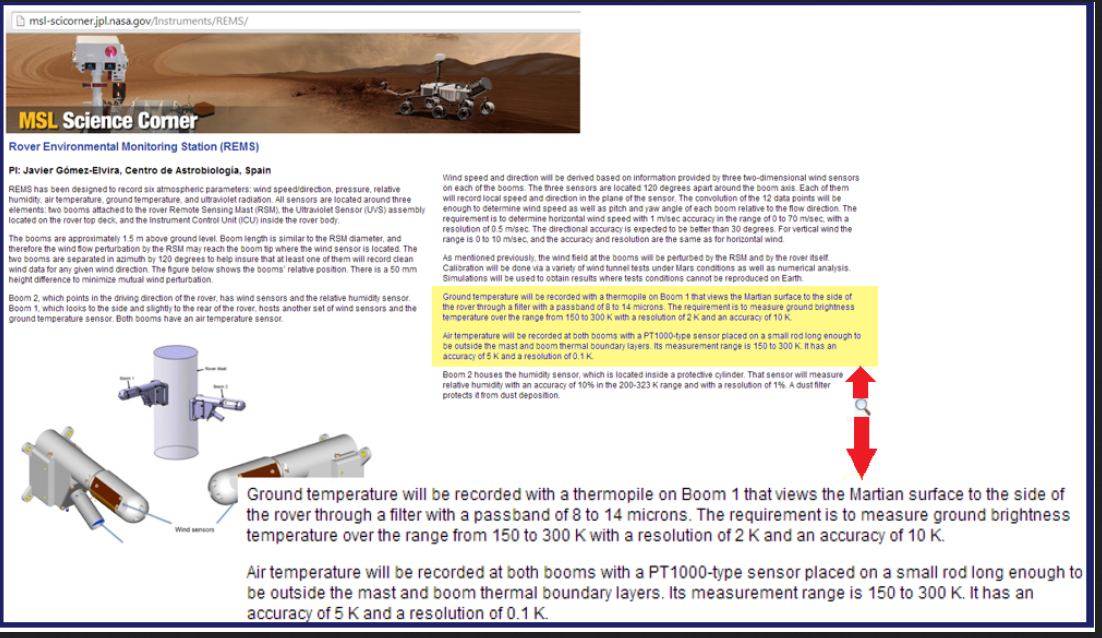 Figure 1 above: The ground temperature sensor on MSL is only accurate to 10K.

Figure 2 above shows a graph of diurnal temperature drops in degrees Celsius for MSL Year 2 summer (orange) and MSL Year 2 to 3 winter (blue). It can be seen that although there are exceptions to the rule, in general temperature drops were greater from day to night in the summer (with an average drop of 68.0342° C) than in the winter (when the average drop was 62.1073° C).

Figure 3 below: According to MSL, daily high temperatures are higher on the ground than they are in the air. Here we look at how much higher. It's an average of 11.39 degrees Celsius in summer and 15.43 degrees in the winter. But, again, the ground temperature sensor is only accurate to 10 degrees Celsius.

JPL notes that in its graph of plots with daily minimum and maximum of ground temperature measured by REMS, a change in the pattern just after Sol 120 corresponds to Curiosity driving onto a type of ground with higher thermal inertia -- thus cooling off more slowly in the evening and warming up more slowly in the morning. They write that, the higher thermal inertia of this area was predicted from orbital infrared measurements and is likely due to greater abundance of exposed bedrock relative to soil or sand." That's fine, but we would still not expect such radical variation in differences of air and ground temperature to occur as often as they did.

While there are air temperature sensors on Booms 1 and 2 of MSL, a ground temperature sensor is only found on Boom 1 which was damaged on landing. No ground temperatures were published by the REMS Team or JPL until about 9 months after landing. When they suddenly appeared I asked JPL public affairs man Guy Webster about where they suddenly came from, He asserted that “Damage on landing did not include the infrared sensor that provides ground temp information. Ground temps through about Sol 200 were charted in April on the bottom half of http://photojournal.jpl.nasa.gov/catalog/PIA16913.” Given that we had already successfully prevailed upon him and JPL to alter all (never-changing) wind data for MSL to altered from 7.2 km/hour from the east to Not Available, and we had likewise succeeded in having him alter all never-changing sunrise/sunset times to line up with calculations that my son (David) and I had done, it was and remains our belief that JPL should likewise dump its ground temperature readings and replace them too with N/A. If they were more reliable we could likely use the differences between air and ground to help calculate air density (and pressure). But the simple fact appears to be that the data is not reliable. MSL has given us fantastic pictures of Mars, great geological data and new understanding about water just under the surface in many places (as with a frozen fresh-water sea at Utopia Planitia that has an area of the State of New Mexico). In some cases the proximity of water to the surface likely affects ground temperature, but the ground temperature sensor is not sufficient to establish it.

The most important data about Mars remains obscure - weather data. We have no reliable surface wind data after the Viking 1 and 2 landers of the late 1970's. We have no reliable air temperature data, no reliable pressure data, and no reliable relative humidity data. We had 36 years of wrong sky color, from 1976 until 2012 that was ordered by former NASA Director James Fletcher. Further, no lander after Vikings 1 and 2 has included a life-detection experiment, although those two landers (4,000 miles apart) apparently did detect life. The clearest thing detected about Mars so far seems to be the stonewalling that has gone on for four decades with respect to giving us accurate weather data and a commitment to send people there. Hopefully either Elon Musk of SpaceX or President Trump will alter the status quo. 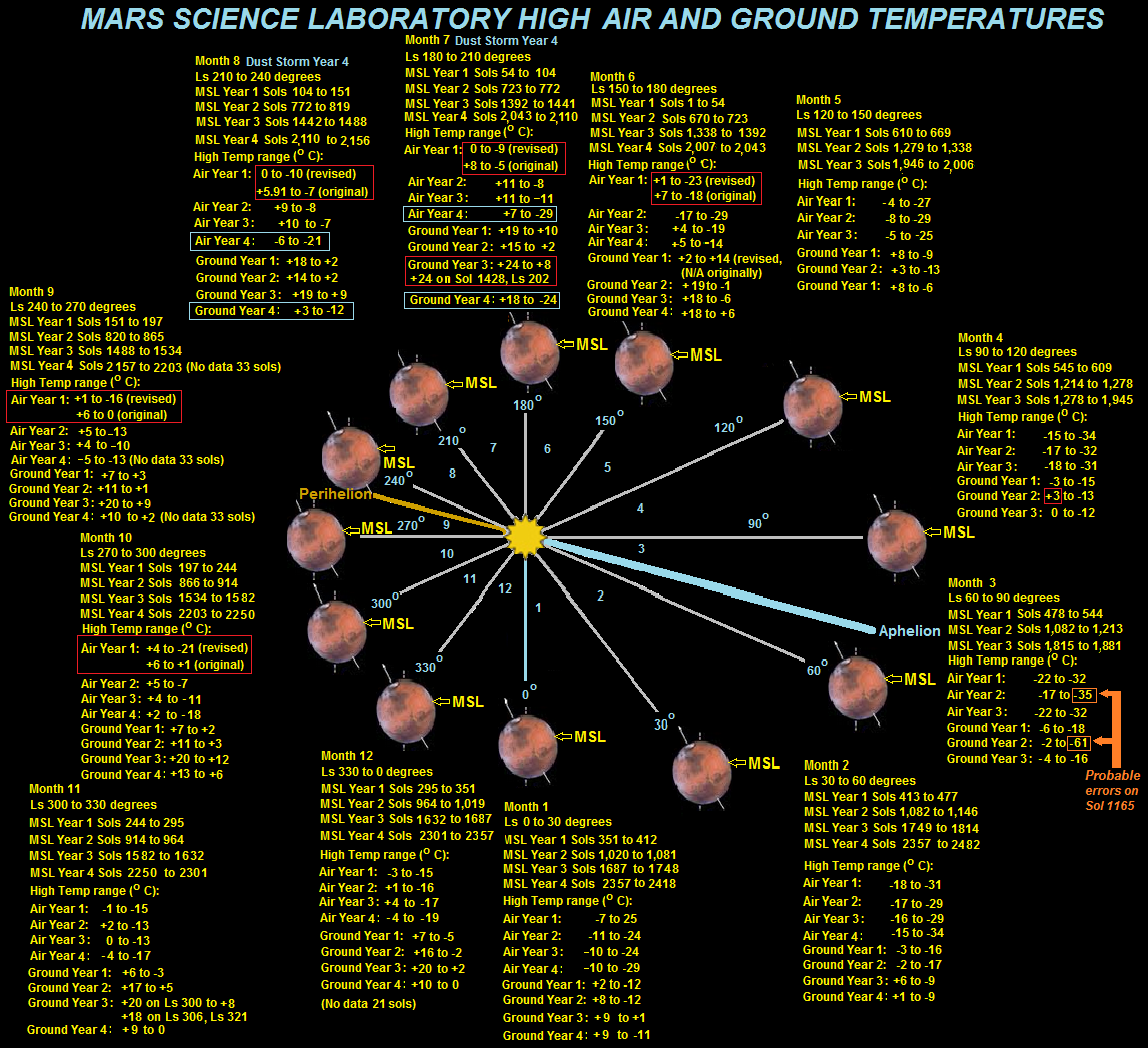